Home » Knowledge Series » When you Follow your Passion, the Sky is the Limit
Sports | Annie Constantinides

When you Follow your Passion, the Sky is the Limit

Ms "Magic Annie" Constantinides, the best known Greek female basketball player, describes how her multicultural background has affected her life, the choices that lead her to be one of the main players of the National Greek basketball team, and how her life has been developed outside the basketball court.

Are you interested in a mentor Q&A webinar by Annie Constantinides? 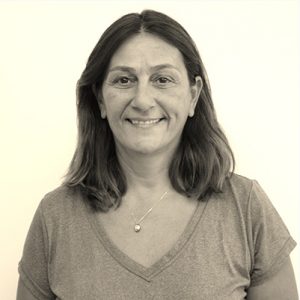 Ms. Constantinides was born in Cairo, Egypt. She earned a Bachelor of Education in Physical Education and French Language at McGill University; she received an M.A. in Exercise Physiology from the same institution, an M.Sc. in Sports Administration from Louisville University, and an MBA from the University of Indianapolis.

Ms. Constantinides is an ACS Athens Alumnus (class of ’79) and returned to ACS Athens as a Middle School Physical Education teacher in 1986. She holds the position of Athletic Director since 1998.

Ms. Constantinides was the event manager in a number of International Sports projects, such as the McDonalds Classic in Paris, the NBA Jam Tour in Greece, the NBA 3 x 3 tour in Greece. In addition, she has worked in the Sydney 2000 Olympics, was the Venue and Competition Manager for Softball in the Athens 2004 Olympics, and was the appointed Technical Delegate for Softball in the 2008 Beijing Olympics, as well as the venue and sports manager for the Special Olympics that took place in Athens in July 2011. She was the Assistant Technical Delegate of the World Summer Special Olympic Games of 2015 in the sport of softball.

Ms. Constantinides has been coaching all levels of basketball at ACS Athens for a number of years and is presently the Varsity Boys Basketball Coach.