The Timeless and Contemporary Field of Architecture

As an architect and an associate professor, Taymoore Balbaa, explains how architecture is tied to technologies, such as virtual reality or artificial intelligence, and what it takes to succeed in this field. He also provides valuable insight into the future of architectural design.

Are you interested in a mentor Q&A webinar by Taymoore Balbaa? 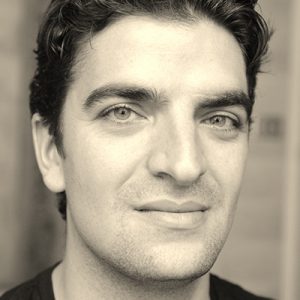 Taymoore Balbaa is a licensed architect in Canada (OAA) and in the European Union with the Technical Chamber of Greece (TEE). His body of work includes cultural centers, residential, educational buildings, social housing, temporary structures, and projects of urban revitalization. Prior to co-founding AXIA in 2012, he worked in the offices of Menis Arquitectos (Tenerife, Spain), KPMB Architects (Toronto, ON), Massimiliano Fuksas (Rome, Italy), HLW International (New York, NY) and, in 1998, assisted on the Parthenon Restoration Project (Athens, Greece). He received his Masters of Architecture from the University of Waterloo where he received the RAIC Medal for this graduate thesis. He holds a Bachelor of Environmental Studies from Waterloo, and also studied architecture at Università Gabrielle D’Annunzio in Italy. Taymoore has been recognized as one of Canada’s emerging voices in Architecture, receiving 2 major national awards, the Prix de Rome and the Young Architect Award (awarded by the Canada Council for the Arts and the RAIC respectively), as well as leading numerous award-winning projects at AXIA. At both Graduate and Undergraduate levels, Taymoore has taught architecture and design at the University of Waterloo, University of Toronto, and at Ryerson University, where he currently serves as an Associate Professor at the Creative School.