Yanna Darilis became an on-camera talent from the fitness industry. She later pursued further studies in media for the love of creating content. Hear her insights into the diverse career paths in the media industry, and the important skills to keep in mind.

Are you interested in a mentor Q&A webinar by Yanna Darilis? 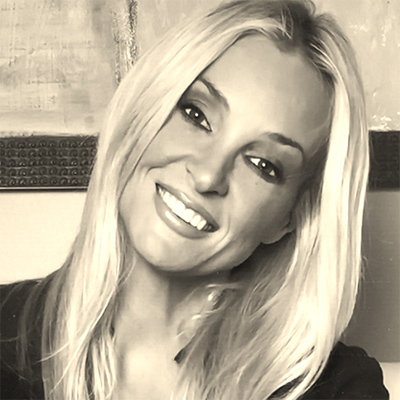 Yanna Darilis has an extensive 25-year career in the broadcast industry on major American and Greek television channels, as an on-camera talent, producer, writer, and director. Yanna also specializes in exercise science and was trained under some of the founding fathers of Exercise Science at her Alma-Mater Queens College, C.U.N.Y. She is a published author with “Love your Body”, the first exercise book written for Greece. Yanna is also certified as an Integrative Nutritionist & Health Coach by the Integrative Institute of Nutrition, and the Hippocrates Lifestyle Medicine, Plant-Based Nutrition. Yanna is currently a candidate for a Ph.D. in Original Medicine.

Highlights of Yanna’s career include Master of Ceremony for the Opening and Closing Ceremonies of the 2004 Olympic Games in Athens, guest segment host on NBC’s “TODAY” show, and guest segment host on E Entertainment’s “Tara Reid’s Travel Adventures”. Yanna is currently the President & CEO of the 35 years old Greek -American Television Channel, New Greek Television. Yanna has directed and hosted over 80 travel documentaries-features on Greece.

Yanna shares her travel experience as a contributor to the huffingtonpost.com, and her fitness, health, and beauty articles on thriveglobal.com. Yanna organizes and moderates panels for the United Nations Staff Recreation Council, on Environmental, Health, and Wellness topics promoting world peace and wellness for the Salus Club.