From WNMA to Miami and from Basketball to Media

Ruth Riley began her career in WNBA and her next steps brought her to the field of Media. What advice does she give to young athletes and has her first degree really helped her in her career?

Are you interested in a mentor Q&A webinar by Ruth Riley Hunter? 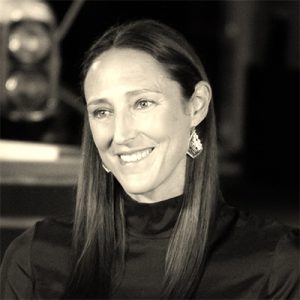 Ruth Riley Hunter is currently a TV Studio Analyst and Radio Color Commentator for the Miami Heat. Previously, Hunter worked as a Global Technical Director for the NBA Academy Women’s Program as well as the General Manager of the WNBA’s San Antonio Stars. As an athlete, she has experienced success on every level, winning an NCAA Championship (Notre Dame 01), two WNBA titles (Detroit 03,06), and an Olympic Gold Medal (Athens 2004). Hunter was the first woman to be named MVP of the NCAA Final Four (01) and WNBA Finals (03). Ruth Riley Hunter is passionate about using the platform of sport to create awareness and promote social change as an NBA/WNBA Cares Ambassador and spokesperson for the UN Foundation’s malaria campaign (Nothingbutnets) and Share Our Strength’s NoKidHungry campaign. Hunter graduated with honors from the University of Notre Dame, with a B.A. in Psychology in 2001 and Executive MBA in 2016 (Go IRISH!), and was inducted to the CoSIDA Academic All-American Hall of Fame (2012).