Explaining the Nature of the Universe

Renowned Astrophysicist, professor, and author Dr. Menas Kafatos gives insight into how Quantum Mechanics will evolve and the role of AI.

Are you interested in a mentor Q&A webinar by Menas C. Kafatos? 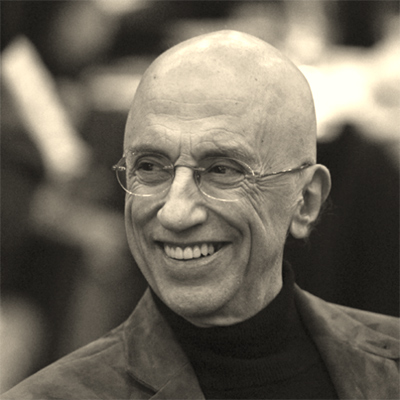 Menas C. Kafatos is the FletcherJones Endowed Chair Professor of Computational Physics at Chapman University and the Director of the Institute for Earth, Computing, Human & Observing (ECHO). As Founding Dean of the Schmid College of Science and Technology and Vice-Chancellor at Chapman in 2009-2012, he promoted and established interdisciplinary educational and research projects, and as Director of ECHO, is leading many science grants. BA: Physics, Cornell University. Ph.D.: Physics, M.I.T. His doctoral thesis advisor was the renowned M.I.T. professor Philip Morrison who studied with J. Robert Oppenheimer.

He holds seminars and workshops for individuals, groups, and corporations on the universal principles for well-being and human potential. He and his team work extensively on projects in all areas of hazards: Wildfires; droughts; dust transport; hurricane modeling; as well as impacts of climate change on agriculture and natural ecosystems. Climate-related research, including seasonal to inter-annual variability and effects on vegetation; climate change impacts on agriculture; connection of climate and possible impacts on hurricanes, dust storms, and wildfires. Has led innovative interdisciplinary programs which impact education at all levels, including M.S. and Ph.D. programs in Earth and Space and computational science at both George Mason University and since 2008 at Chapman University. Present or past President of several non-profit Boards. Member, Chapman University $1M Club (2013). Recipient of many honors including IEEE Orange County Chapter – Outstanding Leadership and Professional Service Award, 2011. Appointed as Affiliated Researcher with the National Observatory of Athens (June 2013). Appointed as International Scholar at Kyung Hee University (December 2013); Korea University (March 2015), Foreign member advisor Brain Korea 21 (BK21). Foreign member, the Korean Academy of Science and Technology and the Romanian Academy of Science.

Author of 350 refereed articles and book chapters in Earth and space, quantum mechanics and philosophy, scientific, philosophical, and interdisciplinary publications. Publications in high-impact and top reputation journals such as two in each Nature and Scientific American. Citations: 7,200+ (just in Research Gate, 2019). Highest Citation of single article: 500. Author or editor of 21 books, including The Conscious Universe (Springer, 2000), Looking In, Seeing Out (Theosophical Publishing House, 1991), Living the Living Presence (in Greek, Melissa, 2017; and in Korean, Miruksa Press, 2016), Science, Reality and Everyday Life (in Greek, Asimakis 2019 and in English 2020), and is co-author with Deepak Chopra of the NY Times Bestseller You Are the Universe (Harmony/Random House/Penguin, 2017, translated into many languages and in many countries).