Carlos Carpizo, an executive in telecommunications and information technology and author discusses what he believes will be some of the top fields of the future. He also delves into the topic of AI and how critical and creative thinking can give us an "edge" over robots.

Are you interested in a mentor Q&A webinar by Carlos Carpizo? 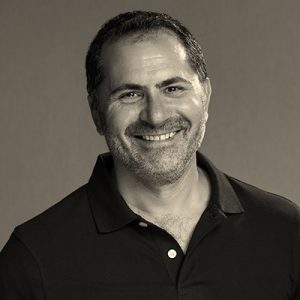 Carlos spent 25 years in the technology space as an international executive for two Fortune 500 companies, Ericsson and Xerox, as well as President and board member of a privately held mid-market company: Link America.

Describing himself as a recovering technology executive, Carlos has a keen interest in social innovation and governance.

Carlos is a founding member of the Dallas Chapter of the Private Directors Association and currently serves on the board at Literacy Texas.

With his new venture, Kosmos, his mission is to increase economic growth and social inclusion for young adults in the US and Mexico through the intersection of arts and technology. He’s the author of At Risk of Greatness recently published in both English and Spanish (New Degree Press).

Carlos is fluent in Spanish, English, and French. He has an MBA from Southern Methodist University and a Bachelor in Electronics and Telecommunications Engineering from the Instituto Tecnológico y de Estudios Superiores de Monterrey. He resides in Dallas with his wife.