Being an Artist: A Creative, Productive, and Rewarding Choice

Are you interested in a mentor Q&A webinar by Farida El Gazzar? 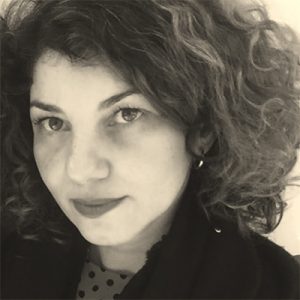 Farida El Gazzar was born in 1975 in Alexandria, Egypt. She is a Greek-Egyptian artist based in Athens. She is an ACS alumna and is currently teaching part-time Art at ACS. From 2003 to 2007, she was co-founder of the creative team WARDA. She has worked with publication houses and designers for several art projects and illustrations. Some of her clients were Υ.Π.Ε.Χ.Ω.Δ.Ε, (the Greek ministry Of Environment) ΑΘΗΝΑ 2004 (the Olympic Games Organization), Cornell University Press, The London National Theater, Kathimerini and Lambrakis Publications, amongst others. Her ongoing relationship with the Middle East is a result of her early years in Alexandria and Kuwait and was realized more recently through her residencies and research in Cairo and Manama. She has exhibited her work in Greece, Europe, the USA, and the MENAM region. She collaborates with Kalfayan Gallery in Athens.