Becoming One of the Best International Strength Coaches

Kostas Chatzichristos always loved sports and from a young age, he knew he wanted to do something related. He fulfilled his lifelong dream to be one of the best professional strength coaches for top league basketball teams.

Are you interested in a mentor Q&A webinar by Kostas Chatzichristos? 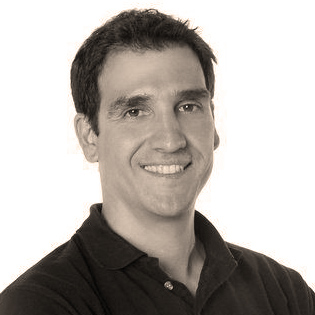 Kostas Chatzichristos is currently the Director of Performance at the Russian powerhouse CSKA Moscow, being responsible for player athletic development and rehabilitation. The two times European Champion with CSKA has also acted as a strength and conditioning specialist in elite basketball teams in Europe (Olympiacos BC, Panionios BC) and the US (University of Georgia).
Kostas is also a co-founder at Performance22Lab, a state-of-the-art rehabilitation and performance center – located in his hometown Athens, Greece – where he has been training athletes of all levels, ages, and different sports. He is mostly known for his ongoing work with professional basketball players, as he has worked with some of the best male and female basketball players of this generation helping them perform at their best or/and rehabilitate from injuries.
A frequent speaker at international and national educational events, Kostas has also authored numerous articles in fitness publications, has produced educational products for coaches, and has consulted sports federations and select teams on player athletic development. Every summer he runs a popular mentorship program, while P22Lab’s internship is a sought-after opportunity by young aspiring strength and conditioning professionals throughout Europe and Greece.
Kostas is a Certified Strength and Conditioning Specialist (CSCS), holds a master’s degree in Exercise Physiology and Sports Nutrition from the University of Texas at Austin, has been an intern at EXOS (former Athlete’s Performance) and a bachelor’s degree in Sports Science from the University of Athens.