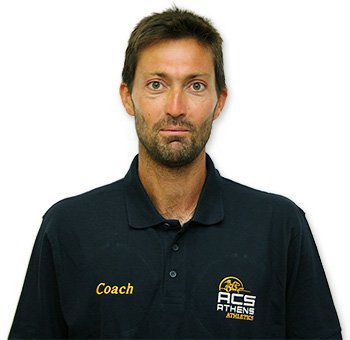 Mr. Ioannis Vaxevanakis was born in Thessaloniki and grew up in Athens Greece. He studied Sports Science with a specialization in Tennis (Department of Physical Education and Sport Science (2005).

From 1993 till to date he participates in national union and Panhellenic tournaments. He has been teaching Tennis since 2006 in several tennis clubs in Athens and as of September 2017 has joined the ACS Athens Tennis Academy coaching team.

Mr. Vaxevanakis is responsible for the practical implementation of the “High-Performance Athlete Development Program”. Also, he has completed an emergency first response course that follows current guidelines for emergency patient care.