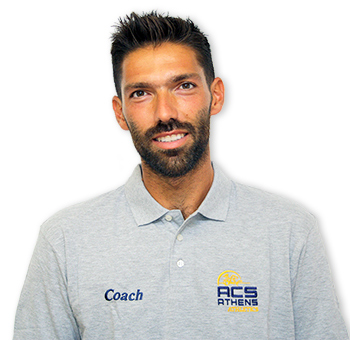 Giorgos Vaxevanakis was born in Thessaloniki and grew up in Athens Greece. He studied Sports Science in IIEK Wmega Coaching School with a specialization in Tennis. He participated from 1994 in several national championships and panhellenic tournaments and was ranked in the top10 in Greece for 4 years at a younger age.

His professional career starts in 2009 as a coach in Vrilissia tennis Club (3years) and for the last eight years works as a head coach in an Attica-based tennis Academy and as of September 2021 has joined the ACS Athens Tennis Academy coaching team.