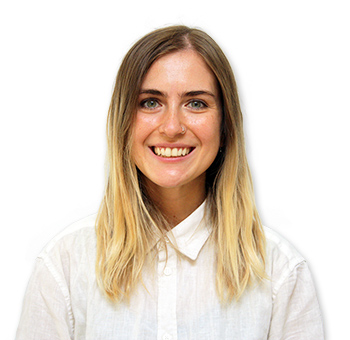 Trina Langsenkamp holds a Masters’s degree in Arts in Education from Harvard University and a Bachelor of Art Education from The Ohio State University. She has a K-12 visual arts education licensure and certification from the state of Ohio.

This is Ms. Langsenkamp’s fifth year teaching Visual Arts at ACS Athens. For three years, she worked as the K-5 Visual Arts teacher and Elementary Yearbook Coordinator, and this is her second year in the Middle School and Academy. Currently, she teaches Print Publications 1 and 2, Design, Drawing and Painting and Graphic Arts at the Academy as well as Design 8 at the Middle School. She is also the Academy Yearbook Coordinator and an adjunct teaching fellow for the ACS Athens Virtual School.

Previously, Ms. Langsenkamp worked as an Artist in Residence for Project Zero (PZ) at Harvard University. During the residency, and in conjunction with PZ’s Out of Eden Learn project, she developed methods and practices for integrating mindfulness into the arts curriculum.

Ms. Langsenkamp is currently a freelance painter whose work primarily focuses on abstraction and landscapes. In 2019, she presented work at international art fairs, such as Art Athina and Art Thessaloniki with Epsilon Gallery. In 2018, she was a resident artist at The Mudhouse in Agios Ioannis, Crete. In 2015, she presented at the Ohio Art Education Association conference on her work with sensory engagement in art-making and was the recipient of the 2015 Fergus Fellows Award. Ms. Langsenkamp’s interest in international arts education began when she studied in Zimbabwe, Zambia, and South Africa. She later studied at the Edna Manley College of Visual and Performing Arts in Kingston, Jamaica, where she worked directly with arts educators in public, private and non-traditional education sectors.