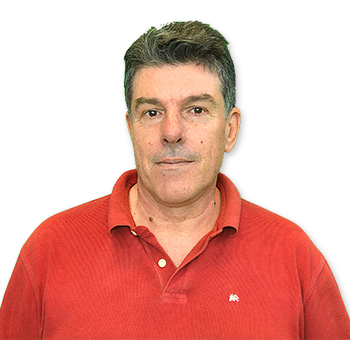 Mr. Athanasios Palos-Papantonopoulos was born in Sydney, Australia, and raised in Athens, Greece.

His studies include a Certificate in Audio Description 2008 ADA London, EAVE post-graduate studies in Cinema production 1994 and Interactive Media 1995, B.A in Cinema CCNY City University 1984, a diploma in Television BBC London 1980, an HND diploma in Cinema 1980. Teacher for Cinema & TV courses from 1986 to 2003 in Cinema & TV School ‘Papantonopoulos’. TV producer from 1987, Co-founder of AKTIS AVteam from 1999.

Accessibility producer for films, television programs, and ebooks from 2000.

Media Director for the AHEPA in Greece.

Member of the Board of Directors at the Association of Greek alumni of American Universities.

Founding member of the Movement of artists with disabilities.

Member of the Emancipation movement for the disabled: «Zero Tolerance».