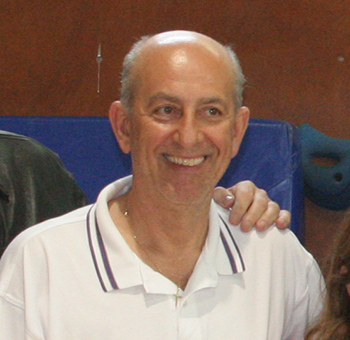 One of the most successful coaches in the history of Division II basketball, Stan Spirou was the head coach at Southern New Hampshire University for 26 years!  He is the eighth coach in New England men’s college basketball to reach the 500-win mark.

The 1993, 1994, 1995, and 1999 New England Collegiate Conference Coach of the Year, Spirou has averaged an impressive 20 wins per season and has led the program to 14 NCAA Tournament appearances, four NCAA Regional titles, and six NECC Tournament championships. In addition, he was named the 1994 national Coach of the Year by the Division II Bulletin.