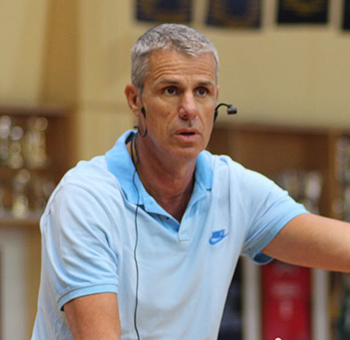 Slobodan (Lefteris Subotic) is a retired basketball player and coach with a great deal of experience in the professional scene. Having coached a number of professional league teams in Greece (12 seasons), Italy, Croatia, Lebanon, and Slovenia, Subotic has an impressive record of accomplishments!  As a coach, he has won 2 Greek League championships, 1 Greek Cup title, 2 Championships in Lebanon, and has won the FIBA Corac Cup.  For two consecutive years, he was named “Coach of the year” in the Greek League. Subotic was also the Coach of the National team of Slovenia in the 2003 Eurobasket. As a player, a shooting guard / small forward, Subotic left his “mark” with the club Aris Thessaloniki where he helped the team qualify for the Euroleague’s Final four three consecutive years and has been a 5-time Greek League Champion and 5 times Greek Cup Champion.