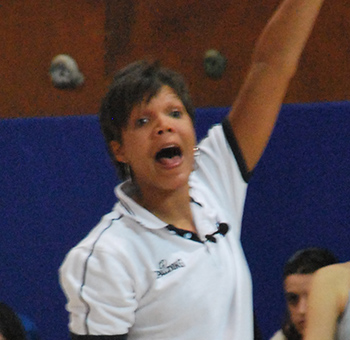 Coach Shimmy Gray-Miller has been committed to injecting passion and energy into the women’s basketball program ever since she was introduced as the program’s sixth head coach on April 19, 2005. Gray-Miller served two seasons as an assistant coach at the University of Arizona and prior to that, she was an assistant coach at the University of Washington, where she helped lead the Huskies to two NCAA Tournament appearances.