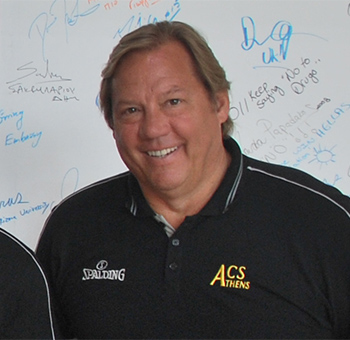 He was the General Manager for the Miami Heat until September 2008; under his management, Dwayne Wayde was signed by Miami Heat.