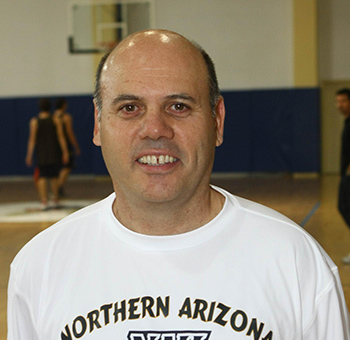 Mike Adras has led the Northern Arizona University men’s basketball to success on and off the court in his nine years since taking over the reins of the program. In the last three seasons, he set new standards for excitement and accolades with three Big Sky Tournament Championship game appearances and back-to-back Big Sky Conference regular-season titles.

Adras has led the program into the postseason in eight of his nine seasons as a head coach.  He has won over 150 games over that span and is the second-most winningest coach in school history.