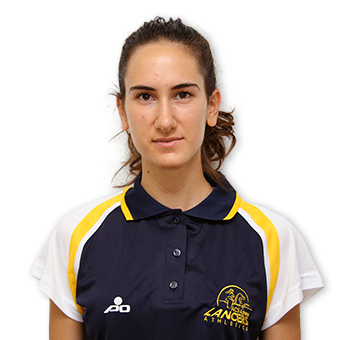 Ms. Konstantina Lalaouni was born and raised in Athens, Greece. She studied Sports Science with a specialization in Tennis in the Department of Physical Education and Sport Science at the National and Kapodistrian University of Athens (2017).
After she completed her Postgraduate studies (Master’s) in the field “Sport & Health” in School of Medicine at the National and Kapodistrian University of Athens (2020).
She played professionally in her past and was ranked at the age of 18 Nr. 9 in Greece. Also, she has ranked 16th in the international tournament in Heraklion, Crete (ITF Circuit).

She has been teaching Tennis since 2015 in several tennis clubs and in other private schools in Athens and as of September 2021 has joined the ACS Athens Tennis Academy coaching team.
In addition, she is responsible for the tennis academy’s “Mini Tennis Program”.