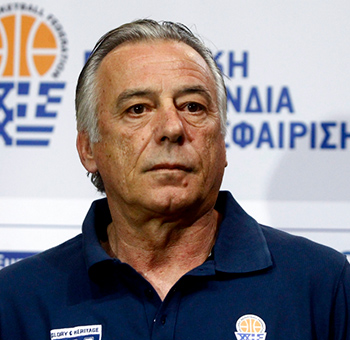 Kostas Missas was the head coach of the Women’s National team; just recently the team finished in 5th place in the European Championship, the highest placement ever, earning a spot in the next World Championships. His record in his tenure as a Head coach is 35 wins – 19 losses. He has also served our national squads by coaching the Junior Men’s team during the European Championship of July 2009 and earned the gold medal with a record of 8 wins and 1 loss.

Coach Missas played basketball in Panionios basketball club and Panathinaikos and a member of the National Men’s team with 46 appearances and 217 points. He is a professor at the University of Athens – Physical Education Department.