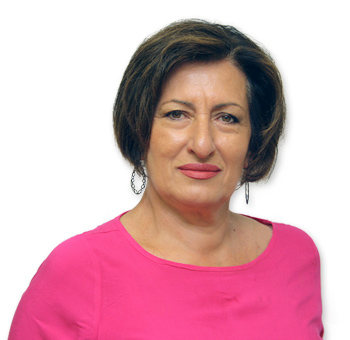 Ms. Tokatlidou has been a member of the ACS Athens community since 2005. Initially, faculty member teaching IB Economics, followed by eleven years the Director of the IB program and since September 2010, the Director of the IB and AP programs. In 2014 she became Vice-Principal of the Academy and has been closely involved in the development of the Virtual School.

For more than a decade, Ms. Tokatlidou has worked along with the IB Diploma and AP Faculty in expanding and enhancing the IB and AP programs at ACS Athens. Curriculum and professional development of faculty were central tasks in achieving the goals and making the IB Diploma program one of the best programs in Greece and the world as is evident by student learning and performance outcomes.

Further, Ms. Tokatlidou believes in learning and citizenship development through service and innovative projects as well as in personal growth through education. She spearheaded the ACS Athens Youth to Youth Educational and Social Integration Program addressing the social and educational needs of unaccompanied minors in Athens through a student-to-student partnership learning model since January 2017. The program now includes the Part-time Youth-to-Youth and Business-to-Youth programs that run on Saturdays which involve numerous student and faculty volunteers, and the full-time Youth-to-Youth program for 18 unaccompanied minors which is now in its second academic year.

Ms. Tokatlidou, as an educator, strives for life-long learning unconfined by physical proximity, to promote global citizenship, effective risk-taking, and ethical decision making. She has led various workshops and has published in numerous scientific journals.