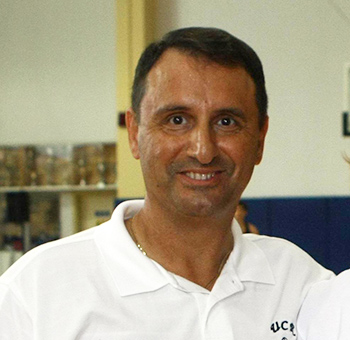 John Margaritis was the Head Coach of the women’s team at the University of California at Riverside for five seasons and has taken the team to never-before-seen heights. He averaged 17.2 wins per season with two NCAA Tournament appearances, winning two Big West Tournament titles and one Big West Conference regular-season title.

In 2006-07 John Margaritis earned the 2007 Big West Coach of the Year Award.  Prior to UCR, he has been involved in basketball programs at Northern Arizona, the University of Nevada, Fresno State, Cal State San Bernardino, and Northeastern Illinois University.