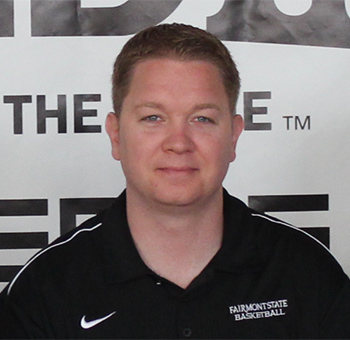 Coach Jerrod Calhoun is an American college basketball coach. As a player, he attended Cleveland State University where he competed for two seasons and then moved to Cincinnati as a student assistant until his graduation in 2004. Calhoun started his career as an Assistant Coach at Walsh University where he was part of the Cavaliers’ NAIA national championship squad in 2005. In 2007, he moved to West Virginia where he became the director of basketball operations and was then elevated to assistant coach for one season.

Later in his career, Coach Calhoun was hired as the head coach of Fairmont State University, and in six seasons at the helm, he guided the Falcons to a 124–38 record, which included four NCAA Division II Tournament appearances, and culminated in the school’s first-ever title game appearance in 2017.

Calhoun was named the 13th coach in Youngstown State history on March 27, 2017.