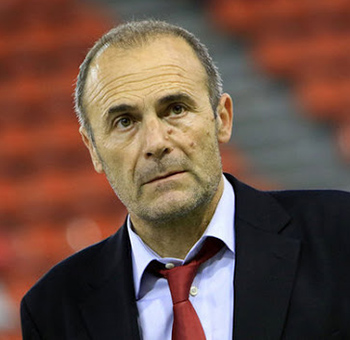 Giorgos  kalafatakis was born in Hania, Crete on November 9, 1958. He played for Ambelokipous, Ionikos, and Apollon and his coaching career began in the 1984-85 season when he became the coach of Ambelokipoi Basketball Club. After a year’s break, he returned to the same team and stunned everyone when in six years the team was promoted through six divisions and finally into the Division 1 Professional League- a feat done by no other coach until now!