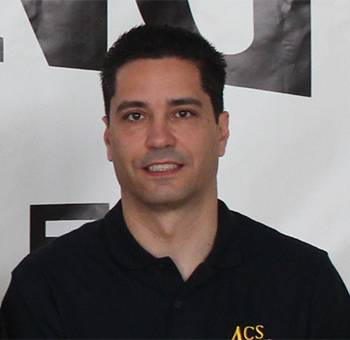 Giannis Sferopoulos’ coaching career began in 1986 with the youth basketball programs in Apollon Kalamarias in Thessaloniki; for four years he was also the head coach of the men’s team of the same club.  His next professional step was with PAOK (Thessaloniki) from 1997 to 2005 as an assistant coach while in 2001 he was the interim head coach in the second part of the season. At the same time, from 2001 to 2004 and in the 2009-10 season, he was an assistant coach for the Hellenic National Men’s Team next to Giannis Ioannidis, Panagiotis Giannakis, and Jonas Kazlauskas.

In 2005 he moved to Olympiakos as an assistant coach to Panagiotis Giannakis and Pini Gerson and in 2008 he was appointed as Head Coach of Kolossos Rodou; he stayed at this post for three years and during the 2011-12 season he was the assistant coach of CSKA Moscow with Jonas Kazlauskas.

His achievements include Cup champion (PAOK), bronze medal in 2009 Eurobasket, 5th place in the 2004 Olympics, League Championship of Russia (CSKA), and one Euroleague participation in the gold medal game.

He has visited a number of universities in the United States (Syracuse, Hartwick College) and has been involved with numerous summer camps (Syracuse, Hartwick, Golden Valley Basketball Camps). He has also participated in the NBA Summer League of Las Vegas in 2006 as a member of the Cleveland Cavaliers Coaching Staff and in 2012 as a member of the Houston Rockets Coaching Staff.