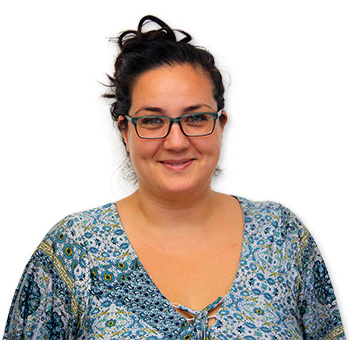 Dr. Tsigaridi has participated in many Research Programs funded by the Academy of Athens in collaboration with the Research Center for Astronomy and Applied Mathematics (RCAAM), with publications in peer-reviewed scientific journals and presence in numerous conferences. She has also participated as a visiting researcher in the project “Galactic Potential Extraction” at the European Southern Observatory (ESO) in Munich, Germany.

Dr. Tsigaridi has been teaching Mathematics for over 14 years. This is her fourth year at ACS Athens. The last three years she has taught Geometry with Algebraic Topics Regular/Honors, Algebra 2 and Trigonometry Regular/Honors, IB Mathematical Studies, IB Mathematics AA SL Year 1 and also had the position of the Math/Science Studio Coordinator. This year she will be teaching IB2 SL Mathematics AA, Geometry with Algebraic Topics and Heart of Mathematics in the Academy. Dr. Tsigaridi will also serve as Fellow of the Institute of ACS Athens.

In parallel with her academic studies Dr. Tsigaridi has also completed degrees in Music and Dance. She plays the Piano and the Viola and has been a member of the Youth Symphony Orchestra of Athens since 1991. She is also a member of the Hellenic Astronomical Society (Hel.A.S.) and the European Space Agency (ESA).