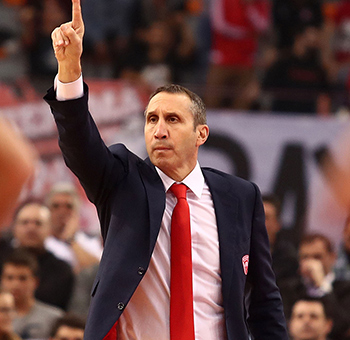 During his career as a player, Mr. David Blatt played as point guard for Princeton University from 1977 to 1981. He has also participated in the Maccabiah Games for the USA National team and won a gold medal in 1981. After his graduation, Mr. Blatt played professional basketball in Israel for nine out of the twelve years of his playing career.

As of now, he is one of the most successful American coaches in the European history of basketball. As a coach, Mr. Blatt has tremendous international coaching experience and has counted numerous successes such as the Russian Super League Coach of the Year (2005) and the EuroLeague Coach of the Year (2014). Coach Blatt has also won the 2007 Eurobasket with the Russian National Team in which he was the Head Coach for six consecutive years. In 2015, Mr. Blatt was named the Cleveland Cavaliers Head Coach and led the team to the NBA Finals in his first season