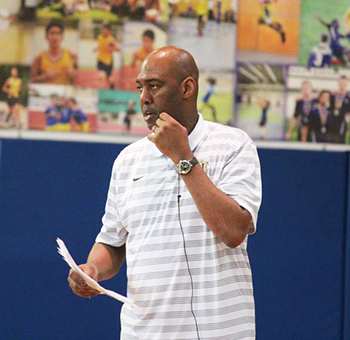 Danny Manning is in his first year as the Head Coach of Wake Forest. Prior to this position, he was at the University of Tulsa for two years and six seasons as an assistant coach at the University of Kansas.  He has been involved in coaching since 2003.  Throughout his life, as a player and coach, Danny Manning has earned quite a few honors.  He won an NCAA championship as a player and as a coach; he was the first draft pick of the Los Angeles Clippers in 1988, has played in 7 NBA teams, and a member of Team USA for the 1988 Olympics.

Manning was inducted into the National Collegiate Basketball Hall of Fame in 2008.

In 2014 he was named Coach of the year in the C-USA athletic conference,